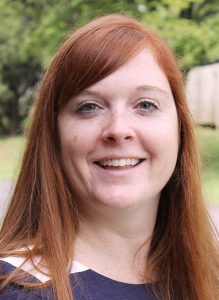 Ryan has worked at Bellewood & Brooklawn for three years as primary therapist in Stone Cottage on the Bellewood campus in Anchorage. She was previously a therapist for two years at Seven Counties Services in the Acute Child Psychiatric Services program.

She holds a bachelor’s degree in psychology and fine arts from Loyola University in Chicago and a master’s degree in counseling and personnel services with a concentration in art therapy from the University of Louisville.

In her role at Bellewood & Brooklawn, Ryan oversees PRTF services, which are located on the Brooklawn campus at in Louisville. PRTF is a program for youth who require intensive 24/7 psychiatric treatment in a residential setting.